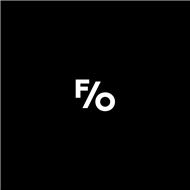 FRACTO Experimental Film Encounter announces its fifth edition and invites Berlin audiences to immerse themselves in 4 days of film screenings, talks and performances, taking place between the 21st and the 24th of October 2021 at Kunsthaus ACUD, in Berlin Mitte.

The underlying theme of the 2021 edition is Appropriation, where we explore how our contemporary realities and their environment are lensed, configured, contextualised and re-contextualised.

The special programme focuses on the austrian avant-garde filmmaker Peter Tscherkassky, in conversation with curator and historian Federico Rossin, around the idea of Found Footage as a peculiar film technique to explore media imagery as a resource to be raided and reused. Fracto presents it in a 2-night all analog program.

In addition, the finnish artist and curator Kari Yli-Annala, presents Scorched Ground - Appropriation and Found Footage in Finnish Artists’ Moving Images, a compilation where the original materials have been given a new life, and the use of technology by humans as well as the scars or scorched marks of history are paid special attention. The program includes works by Miia Rinne, Mika Taanila, Seppo Renvall, Sami van Ingen, Saara Ekström, Elina Oikari, Juha van Ingen and Jarkko Räsänen. Q&As will be held with attending filmmakers Mika Taanila, Seppo Renvall, Saara Ekström and Sami van Ingen.

The digital project textîles – threading speculative archipelagoes makes landfall at FRACTO 2021 as a performative space where facts and fictions about textile artifacts and practices can be reclaimed from an archipelago of alternate worlds and spun anew.

Finally the Labor Berlin Workshop The Banal Image Re-envisioned Appropriating Home Movies, held by members Maja Milic and Christin Turner, aims to create a collaborative film assembled from fragments, in which each participant projects their personal memories onto found images of the collective. This process utilizes analogue editing of super8 film material using the tools of projectors, viewers, and splicers.

The 2021 edition of FRACTO is funded by Frame Contemporary Art Finland, AVEK, TAIKE Arts Promotion Center Finland, the Finnland-Institut in Deutschland and the Österreichisches Kulturforum Berlin, in cooperation with ACUD, Lightcone, LaborBerlin and Occulto.