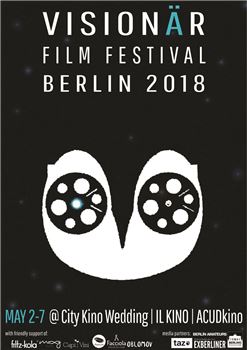 ELISA 16'
Elisa portrays the claustrophobic and extremely painful relationship between nine-year-old Elisa and her mother. At night, Elisa scratches herself raw. This drives her mother insane. However rather than to see this as a sign that something is wrong, she demands Elisa stop. Does the mother’s anger provoke further scratching, or is it the other way around? The little family begins to break apart and Elisa’s mother clumsily attempts to keep their life in order, but it has gotten out of control. An undefinable force is splitting them apart.

P 19'
To unburden himself from his feeling of guilt, scientist “P” transfers a traumatic memory to an android robot girl. Meanwhile, the Robot starts to remember Details of P’s life, that P has already forgotten. A surreal stream of consciousness that contains memories, conversations and the most important question of all.

PASSING 15'40''
There are places that we pass by regularly. We take stairs down to underpass or elevator up to the bridge. Hearing the honking cars somewhere in the distance, not knowing that we’re watched by somebody else. We pass by life, subtle friendships or miseries, hearing the sounds of sewing machine, singing or loud sighs. This life is not happening on the ground.

MITARBEITER DES MONATS 11'30''
Two actors in four roles play and reflect upon the underlying focus of the film, namely: routine. In the process of modernity, people are involved less as individuals in conflicts, and more as representatives of a system. Using improvisation, this mockumentary develops its narrative through role-switching, interviews and an abstracted world in order to humorously point out how nurtured principles and predisposed hierarchies present themselves as self-discipline within individuals.

EIN MOMENT BEI UNSER GROSSMUTTER 7'30'
An old house, empty for months. A demented grandmother. And a big family. Some loose thoughts about caducity, family and future.